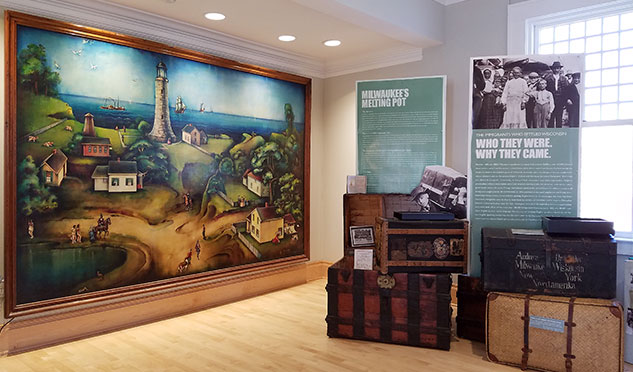 A new exhibit about the immigrants who settled Wisconsin.
Who they were. Why they came.

Discover the history of the immigrants who settled Milwaukee. Read about who they were and why they came. See some of the luggage that held the worldly possessions of an immigrant from Austria. Share stories about your ancestors about where they came from and when they came to America.

Part of the exhibit includes a ledger where visitors can record their ancestor’s names, country of origin and the year they arrived in America. Below is a list of names that have appeared on the ledgers.