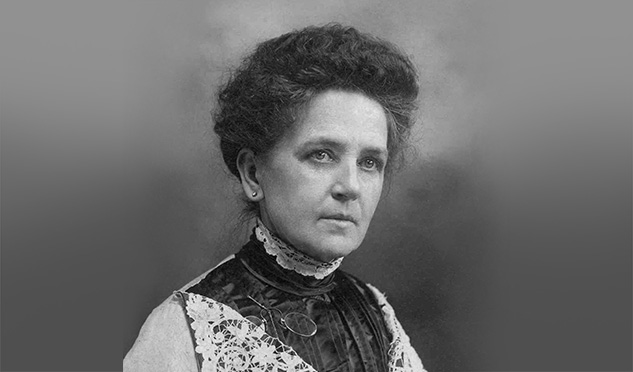 Forty-six years before women were allowed to vote in America, a lady by the name of Georgia Green Stebbins was managing North Point Lighthouse. Georgia’s honorable service as North Point’s longest-running keeper began with a rather grim diagnosis.

In 1873, 27-year-old Georgia was living with her husband, Lemuel, a jeweler and watchmaker, in New York City when she was diagnosed with tuberculosis and given little time left to live. Her doctor said the only chance for survival was to leave the filth of the manufacturing metropolis for a habitat that had clear air to breathe. Lemuel stayed behind to work and Georgia moved to Milwaukee to live with her parents at the North Point Lighthouse, where her father, Daniel Green, had recently been appointed keeper.

When Georgia arrived at the northern end of Milwaukee Bay, a remote plot of rocky land severed by deep ravines that dropped from the bluff to the lake below, she found both her mother and father in ill health. She immediately took on some of her dad’s duties. No one knows whether it was the change of scenery, the climate, the air quality or just a sense of commitment to her aging parents, but Georgia began to feel better. Her husband joined her several months later and opened a jewelry shop on East Mason Street. Within months, Georgia was taking care of virtually all the keeper duties. 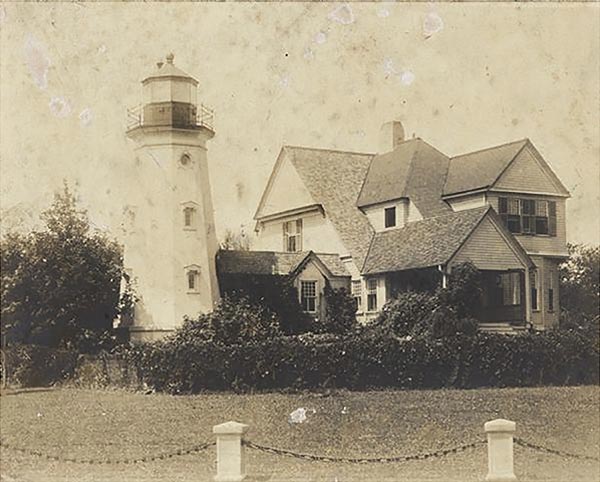 She spent her days maintaining the lighthouse, the keeper’s quarters and the outbuildings, as well as the landscaping. She was required to write a log, from the goings-on around the keeper’s quarters to the conditions of Lake Michigan, including weather and boat activity. Each evening at sunset, Georgia would climb two flights of steps and a final vertical ladder up the 28-foot tower (and later the 39-foot tower of the new lighthouse that opened in 1888) to the lantern room, where she would light the lamp. Every four hours after that, she would refill the lamp with mineral oil, trim the wick, adjust the air ventilation, clean the window if needed, and wind the clockwork that kept the massive Fourth Order Fresnel lens rotating.

Georgia’s father retained his title as the lighthouse keeper for seven more years, while his daughter performed the work. In July 1881, the U.S. Lighthouse Service deemed Georgia the official keeper of the North Point Lighthouse.

She never spent a single night away from the lighthouse. Her son Albert and her two grandsons were born at North Point Lighthouse. 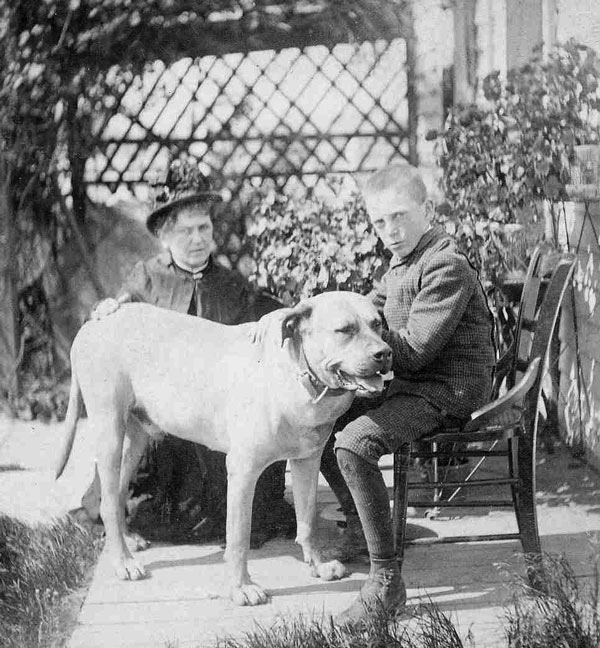 Georgia Stebbins and her son Albert with their dog Tappin

Mrs. Stebbins would become the longest-serving lighthouse keeper in the rich history of the lighthouse, serving for 26 years, until she retired in 1907. Georgia passed away at the age of 74 on July 11th, 1920, one month before women would receive the right to vote.

All photos are from the NPLH collection and are property of the NPL Museum.